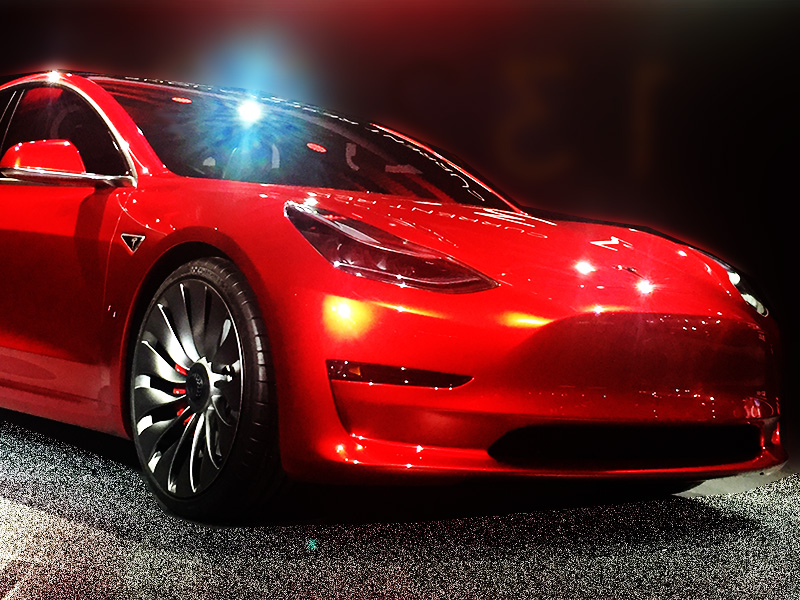 Welcome to a new era of fabulous electric cars! The company rolls out the very first Tesla Model 3, the fans are screaming with excitement.

However, it’s a long and challenging way to mass production.

New Tesla Model 3 is an electric game-changer worth $35,000 and comes in classic black color. A single masterpiece in black now belongs to Tesla’s CEO and co-founder Elon Musk.

Why not mass market yet? Company has a quite complicated reason. Tesla needs to make sure that it can build, deliver and service enormous numbers of these awesome electric cars without sacrificing quality.

Well, Tesla becomes a leader in production of these cars worldwide. Moreover, they even have some pretty clear and constructive plans:

Yep, it seems like quite an aggressive schedule, but this is Tesla – it can and it will! A major reason for the company to strive in these targets’ completion is that success in the proclaimed schedule will mean leadership in the market: the claimed numbers will exceed the number of cars produced by all the global companies combined in 2016.

The top-notch Musk’s collection includes far more than this: he also owns the first Model X and the first Tesla Roadster – only the first Model S is missing. Actually, Steve Jurvetson, the member of Tesla board of directors owns this trophy. There is also an interesting story with Model 3 ownership: the right to it belonged to Ira Ehrenpreis, another board member, who consequently granted it to Musk as a gift for his 46th birthday.

The most prominent features of new Tesla Model 3 are as follows:

An itemized list of the Tesla Model 3’s features, specs, and pricing is expected to be revealed on July 28, at the car’s launch party.

For now, we have such information available: